What do you know about Vietnamese cocoa? 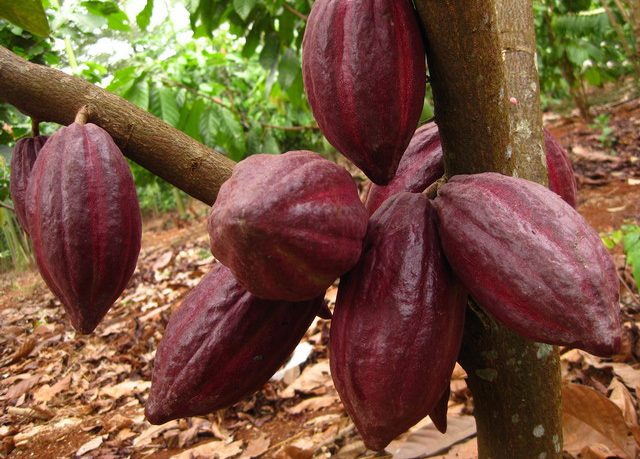 If coffee has various flavours such as Arabica, Robusta, Catimor … cocoa beans are also divided into many different lines: Forastero, Criollo, Trinitario… Each line will have a different quality and taste.

Forastero: In flat shaped beans, the fruit is usually yellow. It is the most popular cultivar and also has good resistance to pests and high yield. However, it produces cocoa beans with little flavor and poor quality.

Criollo: Is a very special line with white kernels, round and large beans, fruits are often yellow or red. The beans of this variety are considered to give out the best taste. However, they have poor resistance to pests and diseases, low yields and are accounting less than 5% all over the world.

Trinitario: This is a crossed line between Criollo and Forastero. It has the characteristics of the two lines above. They have good resistance to pests and diseases, average yields, and the beans give out a good flavour. It is considered as a high-quality nut, the beginning of the production of high-quality chocolate.

The world of cocoa beans is divided into two types: “flavoured” and “regular” beans. The “flavoured” seeds are from the Criollo or Trinitario cultivar, while the “regular” beans are from the Forastero cultivar. The production of “flavoured” cocoa beans accounts for less than 10% of total annual cocoa production worldwide. According to the data of the The International Cocoa Organization (ICCO), the current production of cocoa worldwide is more than 4 million tons a year, only Africa (mainly Ivory Coast and Ghana) provides more than 70% of the total production. However, cocoa beans from Africa are mainly the Forastero variety, which has the least flavor in the cocoa market.