Pepper farming and producers in Vietnam for sourcing & exporting 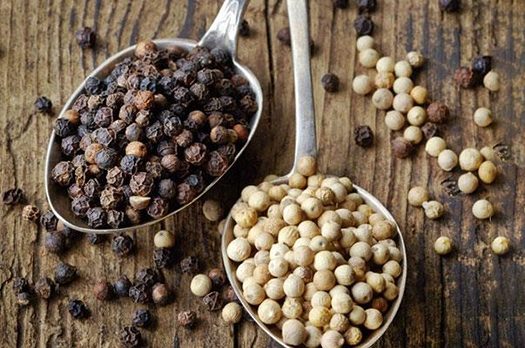 Pepper is one of the typically used spices in the entire world. It is considered a high-grade type of seasoning. The pepper oil helps in the production of special ayurvedic massage oil that is used in beauty products as well as herbal medicine.

Pepper tree was first brought to Vietnam by the French in the 17th century, and as a result Vietnam has become the world’s leading producer of this fragrant spice. The demand for pepper globally increases by the day, making pepper manufacturing for Vietnam a strategic move in the present and forthcoming years. The prices of pepper keep changing as founded on the fluctuation of prices in large pepper exporting countries, such as Vietnam, India, Indonesia, and Brazil. However, Vietnam is taking the lead among these three competitive countries.

Vietnam has been a leading giant in pepper exports in the ever-competitive global market, reaped significant pepper production that has attracted almost 6 billion US dollars in the past few years. 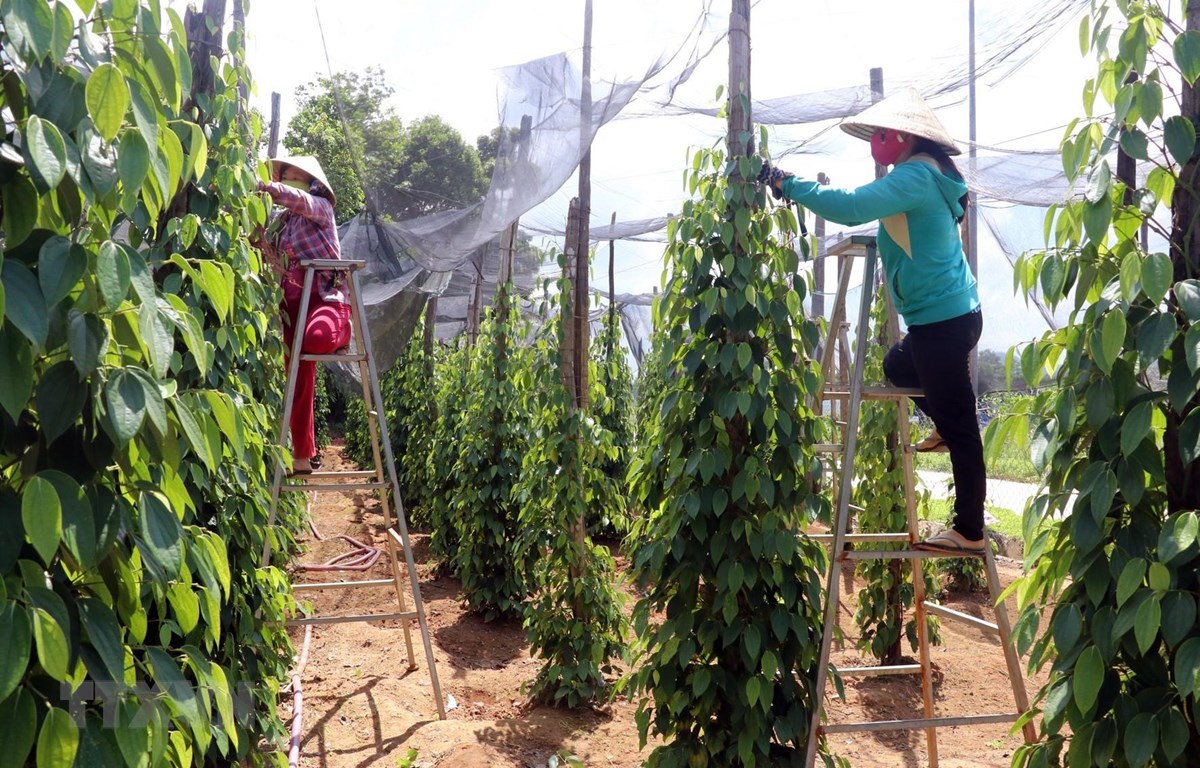 What sorts of pepper are produced in Vietnam?

Vietnam specializes in the production of mainly black pepper. Nevertheless, other pepper varieties – white, green, red and pink – are also exported from Vietnam to the countries all around the world. Based on the maturity level of the berries or the color level when they are harvested, a Vietnam farmer can produce green pepper, black pepper or red pepper, including white pepper.

Black pepper is obtained from the green, unripe berries of the pepper plant. The Vietnamese farmer cooks the drapes for a short time in hot water. This is a process that aims at cleaning the drapes and getting them ready for drying. The hot water is mainly used to rupture the drapes’ wall cells, which activates the browning process that ends up increasing the time of browning during drying. At the stage where the drapes are thoroughly dried, they are referred to as the black peppercorn. 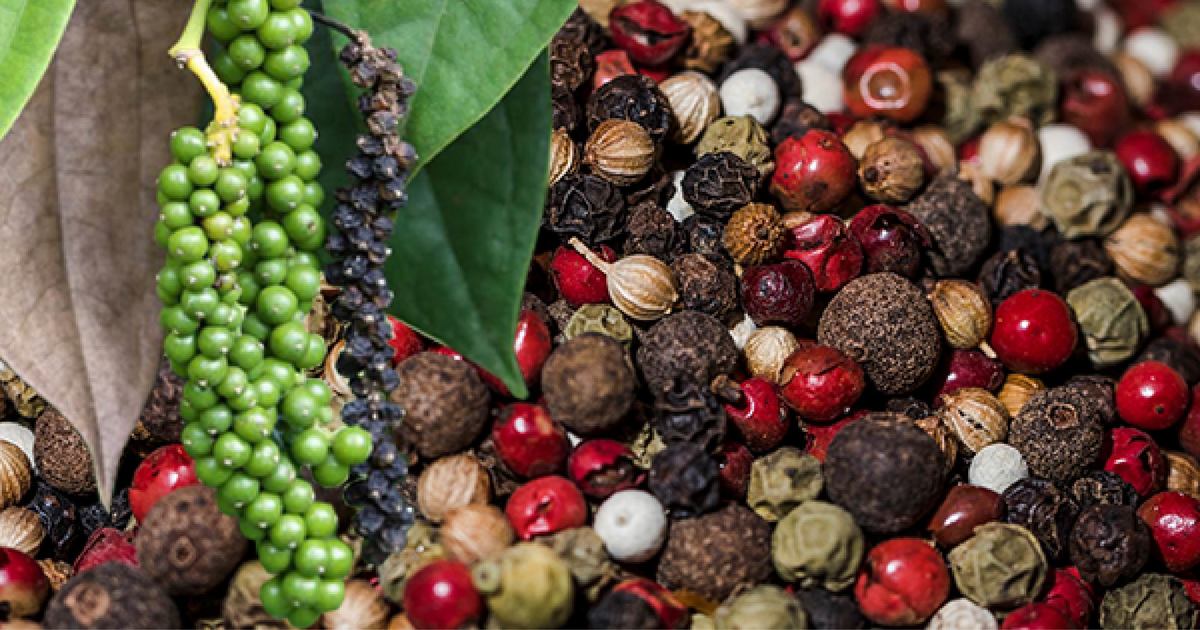 The white pepper entails mainly the seed of the ripe berry of the pepper plant. Its thin darker color skin is often peeled. The wholly ripened red pepper fruits are soaked in water for approximately a week or so. The berries are then rubbed, which removes any remaining skin. The seed is then dried to remove the water and moisture content from the soaking.

Ground white pepper is applied in many Asian meals, including countries like China, Thailand, and Portugal. It is also used in salads, mashed potatoes, and sauces. In potatoes, the white pepper is ideally desired because black pepper would stand out too much than required. White pepper is characterized by unique compounds found in the drupe’s outer layer, which helps to create a distinctive flavor.

Green pepper, similar to black pepper, is prepared from unripe drupes. The farmers dry the green peppercorns in a unique way that helps with retaining the green color and texture, for example, with sulfur dioxide, canning, or freeze-drying. Pickled peppercorns, which are as well green, are unripe drupes that are preserved in vinegar or brine.

The fresh, green pepper drupes often unpreserved are mostly uncommon in the West of Asia, but they are primarily used in many Asian dishes, specifically in Thai cuisine. Their flavor has been the most sought-after because they are believed to be perfectly spicy and super fresh. Some find it great because it has a bright aroma. They also decay fast even without drying or preserving, which makes them somewhat unsuitable for exports in Vietnam compared to the other types of pepper. 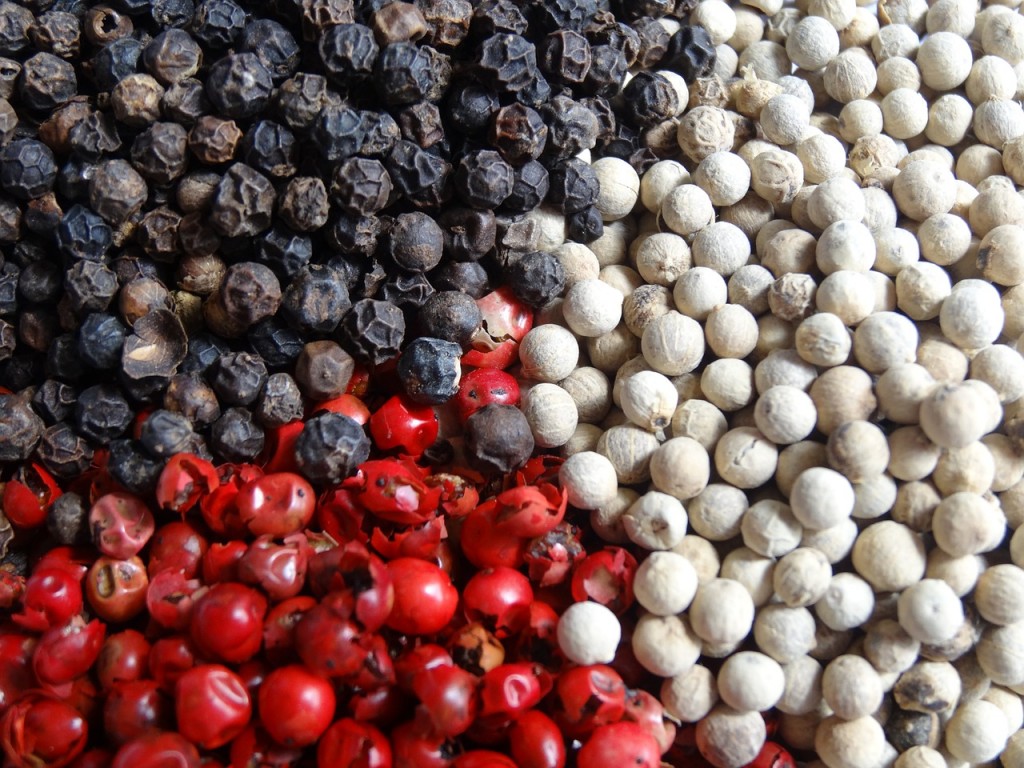 These are typically red peppercorn drupes that are preserved in vinegar and brine. The ripe red peppercorns can be dried using similar color preservation approaches that are used to process the green pepper.

These are fruits or berries that come from the Peruvian pepper tree or Schinus molle. These are part of the cashew family. They are known to bring about allergic responses, such as anaphylaxis, to people with nut allergies.